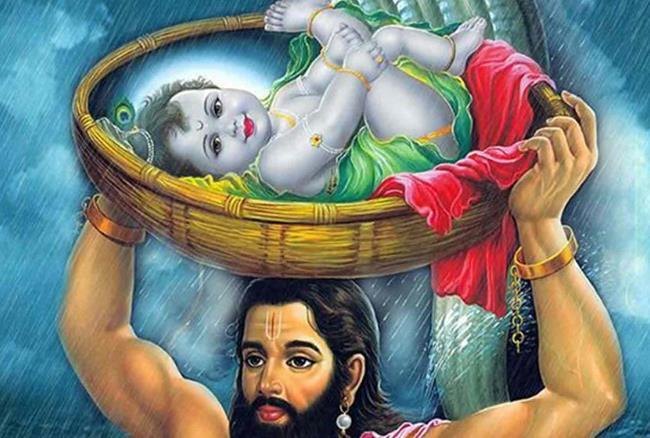 India is a country of festivals and there are millions of gods and deities worshipped here.

Janamasthmi is one such festival which celebrates the birth of lord Krishna. The lord Krishna was born in the midnight on the eighth day of the Shravana month of Hindu Lunar calendar.

The whole life of the lord Krishna was a perfect example of working hard for others and not worrying for the results. Krishna believed in the true power of hard work as this could only get you success.

He was the companion of Arjun in the major fight of his life in Mahabharata battle. Arjuna was in the dilemma whether he should fight against his own brother and uncles or not. It was Krishna only who came as his saviour and gave him Geeta Updesh, following which Arjuna finally agreed to fight for the truth.

It was Krishna only who saved Draupadi from being humiliated in-front-of Kaurawas during her cheer-haran when Pandavas lost her to them. There are many such incidences where Krishna saved his devotees and set-up example in the society.

Significance of Krishna in our life

It’s said that many years back of dwarpar yug, Kansa was the ruling king of Mathura. He had a sister Devki who was very adorable to him. He married him off to Vasudeva on a large scale with a lot of magnificence.

Kansa was very happy in the marriage but suddenly the cloud roared and forecast with a prophecy that the eighth son of Devaki and Vasudeva would be the cause of his death.

On hearing this, Kansa put the newly married couple into the prison or Karaghar. Devaki gave birth to six children and Kansa killed all of them by one by. He would throw them on to the wall that resulted into their death. The seventh child of Devaki was mystically transferred to the womb of Princess Rohini in Vrindavan, and Kansa was told that Devaki had a miscarriage. This child got famous with the name of Balram to the world.

When Devaki was again pregnant with her eighth child which would be the cause of death for Kansa as per the prophecy, Kansa got frightened. The destiny played its role and there was dark and thundercloud with heavy rain when Krishan was about to born. Vasudeva was guided by the gods and was told to take the child to Vrindavan to the house of Yasoda and Nanda. With god grace the whole Mathura was sleeping and Vasudeva took a basket, put the child into it with fully covered and started following the god’s voice. He crossed the Yamuna river with the basket on his head under heavy thunderstorms and rain.

The shesh nag in the river Yamuna helped Krishna to reach Vrindavan. In Vrindavan Yasoda was also expecting a child that time, Vasudav exchanged her newly born daughter with little Krishna. He took the daughter back to Mathura and the news of a girl child born was given to Kansa. Vasudeva thought he would not harm the girl child as according to the prophecy only the eight sons would be the cause of death of Kansa but he was a merciless king. He took the girl child and was about to throw her to kill. Suddenly she took the form of Goddess Durga, warning him that the eighth son had already taken birth and his death is certain by him.

The little Krishna was grown up in Vrindavan by Nanda and Yashoda and years after became the cause of Kansa death.

In all the deities and gods, Krishna holds the image of attractive, lovely, joyful person who constantly forces us to do our best and leave the worries of results behind. There are many temples in the name of Krishna built across the world. People from outside of India are also a great devotees of Lord Krishna. The famous ISKCON temple has a huge rush on the day of Janamashtmi and the volunteers guide the devotees waiting in the long queues to get the darshan, and help them in all their way.

Mathura and Vrindavan are famous for the aarti and the rituals performed on Janamashtmi, as the former is the birth place of Krishna while later is the place where he grew up as the son of Nanda and Yasoda.

In many places, matki-phod competitions are organized and the team which comes first is awarded.

On the day of Janamashtmi, temples are decorated with beautiful flowers and lights and a palna or jhoola of Radha-Krishna is made. People observe fast and do chanting and worship of the god all the day. There are many bhajan, kirtans, dances and other activities performed in temples.

People visit temples and offer bhog and prasadam to their beloved deity. The idol of Krishna is given a bath with milk, ghee, honey and water followed by dressing it with new clothes. The special bhog offered to Krishna is of Makhan Mishri – as he was a great lover of makhan.

In temples, people gather and sing songs in the name of lord Krishna and dance with full energy and dedication. Devotees also make a list of 56 food items, called “Chappan Bhog”. This Chappan bhog is distributed among the devotees after the final aarti in the mid-night. They go back to their home and open their fast by eating saatvik food.

Why don't you write your own article on Omilights, this is so simple so get started today..
Tags:Balram, birth of lord krishna, devaki and vasudeva, different parts of India celebrate New Year, janamashtmi, krishnamashtmi, Nanda and Yasoda, parents of krishna