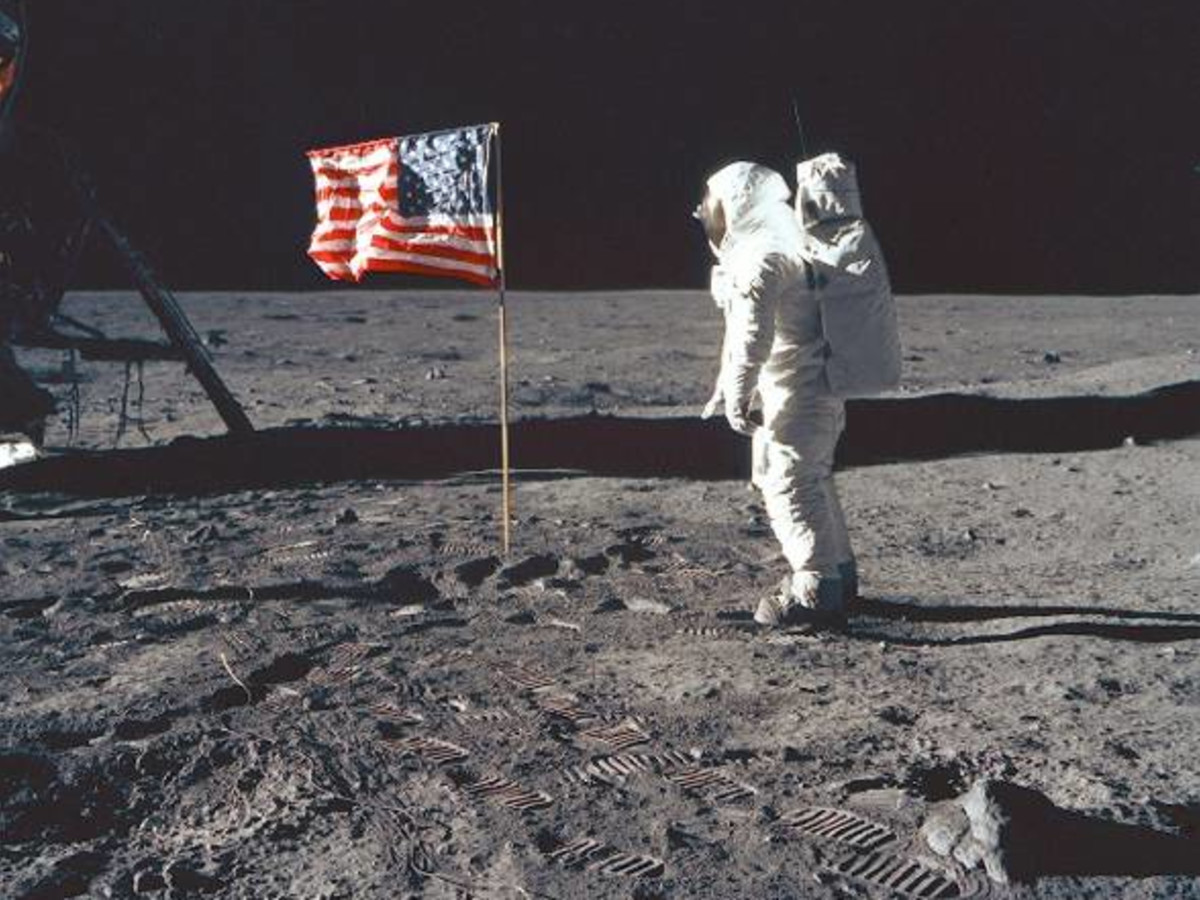 20 July, 1969 was the historical day when the mankind made a record of putting first step on Moon.

Apollo 11 was the first man made spacecraft that took Commander Neil Armstrong, and lunar module pilot, Aldrin to the moon. The craft reached the Moon on July 20, 1969 at 20:17 UTC.

Neil stepped out first on the Moon and became the first person ever to landed on lunar surface. He made his first step on July 21 which mans after 6 hours 39 minutes which was on July 21, at 02:56 UTC.

Apollo 11 was the spaceflight that first landed humans on the Moon. Commander Neil Armstrong and lunar module pilot Buzz Aldrin, was the crew (both Americans) that landed the Apollo Lunar Module Eagle on July 20, 1969, at 20:17 UTC. Armstrong became the first person to step onto the lunar surface six hours 39 minutes later on July 21 at 02:56 UTC.

Aldrin joined Neil after 19 minutes. They spent about two and a quarter hours together. When they left for Earth after three days, they had 21.5 kg of lunar materials that included rock salt and other things, which they took to Earth.

Who was the Third Person in Apollo 11 went with Neil Armstrong on Moon?

Very few people know that there was one more person in the craft, Command module pilot Michael Collins. Michael was flying the common module Columbia alone in the lunar orbit when the other two were experimenting and walking on the lunar surface. Neil and Aldrin spent 21 hours and 31 minutes on the moon’s surface and they named it “Tranquility Base” before finally rejoining Columbia in lunar orbit.

Special mention of US President J.F Keneddy has to be mentioned here as it was his dream only to land someone on the moon soon before that decade was over soon.
He made a speech on May 25, 1961 in Congress:
“I believe that this nation should commit itself to achieving the goal, before this decade is out, of landing a man on the Moon and returning him safely to the Earth. No single space project in this period will be more impressive to mankind, or more important for the long-range exploration of space; and none will be so difficult or expensive to accomplish. We propose to accelerate the development of the appropriate lunar space craft. We propose to develop alternate liquid and solid fuel boosters, much larger than any now being developed, until certain which is superior. We propose additional funds for other engine development and for unmanned explorations – explorations which are particularly important for one purpose which this nation will never overlook: the survival of the man who first makes this daring flight. But in a very real sense, it will not be one man going to the Moon – if we make this judgment affirmatively, it will be an entire nation. For all of us must work to put him there.”