Who doesn’t know about Ramayana. This epic of Tretayuga is still read for the morality and teachings to the society.

Varanasi, Bharat Milaap festival is celebrated to commemorate the reunion of Lord Rama and his brother Bharat.

According to Ramayana Sri Rama had gone to exile with his younger brother Laxman and wife Sita for 14 years. Kaikaiye, who was the mother of Bharat wanted her son to become the king of Ayodhya instead of Rama. She asked king Dashrath to fulfill her two wishes; One to make Bharat the king and second to send Rama to exile for 14 years.

Bharat never wished to take the place of his elder brother. He waited for 14 years for the return of Rama and then offered him his kingdom. The love for Rama and Bharat was so much deep that it is still celebrated ‘Bharat Milap’ to commemorate the reunion of the two brothers.

Where is ‘Bharat Milaap’ Festival Celebrated?

Bharat Milaap festival is celebrated in the Nati, Imli place of Varanasi.

Varanasi is a beautiful city in Uttar Pradesh of India. It is famous for its religious fairs and festivals. Every month you can find lot of festivals being celebrated with joy and happiness there.

It is a city where at least two festivals are celebrated every month. Everybody waits very eagerly for the coming of new events and next festivals.

Bharat Milap is also one such holy festival which is celebrated in varanasi city in the month of October and November. 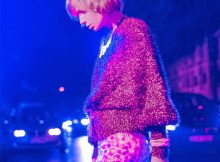