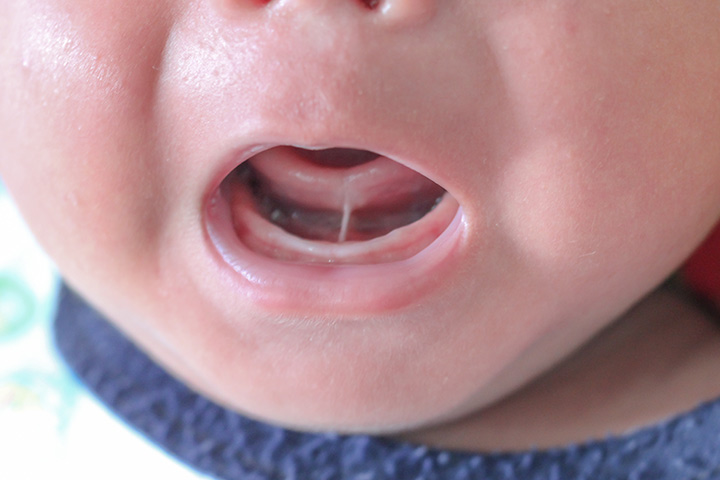 Look at the mirror and raise your tongue, you would be able to see a band of tissues connecting the underside of your tongue to the floor of your mouth, this is called as Lingual frenum.

Sometimes, since birth this attachment may be unusually thick, tight, or short,  called as tongue tie, restricting normal movement of the tongue. Tongue tie is a common birth defect affecting tongue. Scientifically, tongue tie is known as Ankyloglossia,  originates from the Greek words “kilos” (curved) and “glossa” (tongue).

Although tongue-tie can affect anyone, it’s more common in boys than girls. Tongue-tie sometimes runs in families.

How to check if your child has a tongue tie?

Diagnosis of tongue tie is straightforward. This can be appreciated when the infant cries or tries to extend the tongue. The attachment of the frenum to the tongue should normally be approximately 1 cm from the tongue’s tip. The tip of the tongue should able to protrude outside the mouth without clefting and should be able to sweep the upper and lower lips easily, without straining. The normal range of free tongue is greater than 16 mm. The range of free motion of tongue less than 8 mm is considered severe.

In case of kids with tied tongue attachment is either short, tight or very thick. These kids are not able to take out there tongue outside completely, in an attempt to do so tongue rolls or curls up appearing arrow-shaped. In some babies, it extends to the tip of the tongue. There may be an indentation of the tip of the tongue, referred to as a heart-shaped tongue. The length of attachment of the frenum varies widely, thus symptoms too. In severe form of tongue tie, the whole tongue is attached to the floor of the mouth.

How can Tongue Tie affect a Child?

Complications associated with tongue tie depends upon the severity and may affect feeding, speech, articulation and dentition. In many children, tongue tie is asymptomatic, and the condition may resolve spontaneously, or affected children may learn to compensate adequately for their decreased lingual mobility.

What to do if your child has tongue tie?

The topic of ankyloglossia is controversial, with practitioners of many specialities having widely different views regarding its significance and management. In many individuals, ankyloglossia is asymptomatic; the condition may resolve spontaneously or affected individuals may learn to compensate adequately for their decreased lingual mobility.

Some individuals, however, benefit from surgical intervention (frenotomy, frenectomy or frenuloplasty) for their tongue-tie.  Frenotomy (i.e. a simple horizontal cut to release the tension of frenum ) and frenectomy (i.e. removal of frenum).

It is perhaps interesting that such a simple condition can cause such controversy and diversity of opinion. Some authors advocate surgical intervention prior to the development of speech difficulties, while others suggest withholding surgery until age four and offering surgery only to those who manifest speech problems.