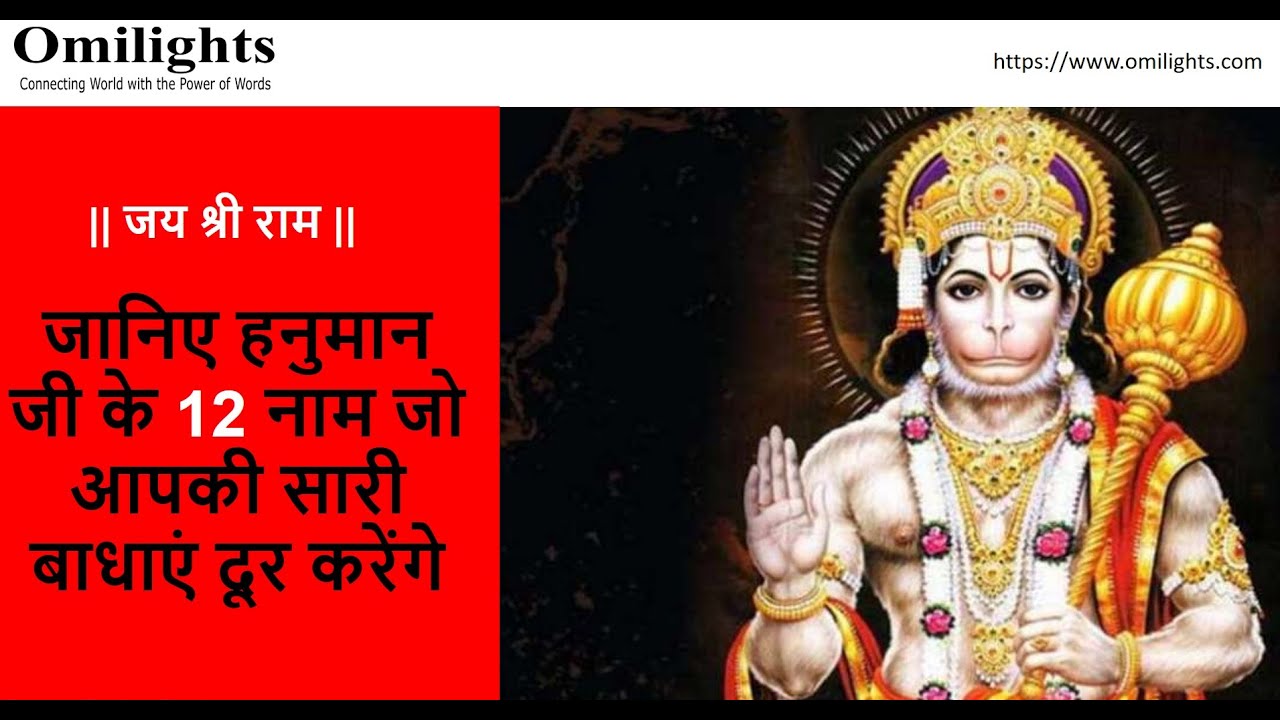 Lord Hanuman is a Hindu god who is monkey face and companion of the god Rama. It is said that by taking mere his name, we can get the blessings of lord Rama.

Hanuman’s mother was Kesari and father Anjani, and is also the son of the god Vayu. That is why he is called by many names like “Kesari Nandan”, “Pawan Putra”, “Anjani Putra” etc.

Hanuman Ji never married and always remained the devotee of Lord Rama, Sita. He remained with them during the exile in forest and helped in killing the demons and defeating Ravana. Not only in Ramayana, Hanuman ji’s presence is shown in Mahabharata too.

Hanuman Ji is famous with 12 more names. It is said that reciting them daily can fulfill one’s wishes and take away all the worries. The following video tells all about those 12 names.