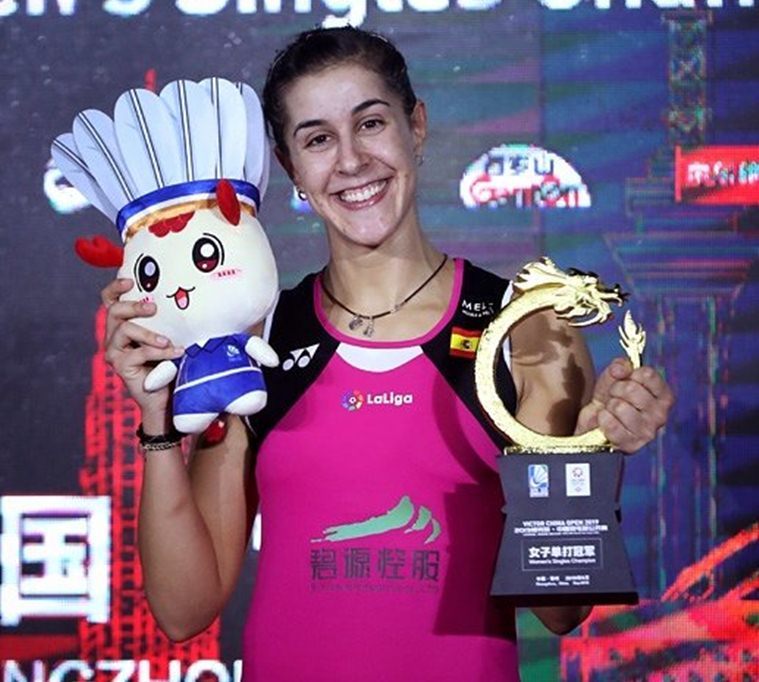 Olympic badminton champion Carolina Marin made a brilliant come back on Sunday by wining China Open title. She has done a comeback after suffering with a career threatening injury.

It is noted that Carolina Marin had met an injury 8 months back and was being suspected of giving up the career. In January this year, this Spain player had torn her anterior cruciate ligament in her right leg during the final of the Indonesia. Following this she had to take a long break and also underwent a surgery. She also went through rehabilitation before returning to court.

She told after the win “I just waited until she made mistakes. I just wanted to play some long rallies because I knew this match was going to be really tough. She has good strikes, she has so much deception that I had to be careful.”

On the other hand the loosing player said, “The wind was coming from a different direction compared to the past few days. I made quick adjustments at the start of the match but towards the end, she played at a very fast pace. I also made many unforced errors. But I have to admit that she played very well today.”

“I think there is not much difference she is still very fast. I also feel that she is more skillful now. I also noticed that she maintained her speed in every match. She is much better at the net and has more variety of shots.”

Why don't you write your own article on Omilights, this is so simple so get started today..
Tags:Carolina Marin defeated Taiwanese player, Carolina Marin injury, carolina-marin-china-final, China open final