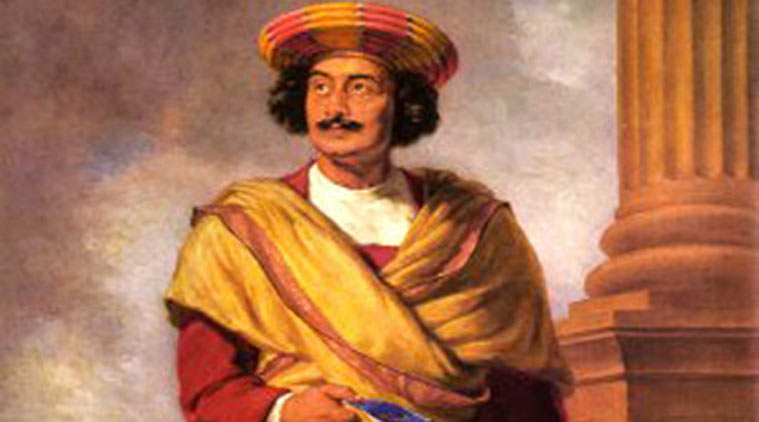 Raja Ram Mohan Roy is the “Father of Modern Indian”

Raja Ram Mohan Roy is considered as the pioneer of modern Indian Renaissance as he sacrificed and dedicated his entire life for the cause of social reformation and women education and empowerment.
He is also famously known as the “Maker of Modern India” or “Father of Modern India”. He left no stone unturned during his time to eradicate social evils of that time and making his mother India a better place for all the classes of society.

Raja Ram was born in Radhanagar on 22 May, 1772, a Hoogli District in Bengal to Ramkanta and Tarinidevi. His father was a Vashnavite while mother was a Shivaite. Both were different in views and ideologies. Due to these two different ideologies, Raja Ram Mohan Roy’s life and mind remained moving from one to another. As a result of different ideologies, one parent had a role in making him a scholar while the other parent influenced him to have all the pleasures and worldly advantages.

Due to the differences on religion with his father, Raja Ram Mohan Roy left his home to travel Himalayas and Tibet to explore the truth. When he returned back to his home, his parents married him thinking it would change his thinking and outlook to see the things. But this could not make a lot of change and his still continued to highlight the loopholes and hypocrisy present in the religion.

Raja Ram was married in early age but could not be lucky enough as he married three times. The first wife died very soon leaving behind his son, Radhaprasad  (1800). He later married with whom had a son Ramaprasad(1812).  But she also died in 1824 when their son was only 12 years old. He then married to  third time.

He was sent to Patna for his initial education at the age of nine years where he learned Bengali, Sanskrit languages. He also learnt Persina and Arabib languages which are supposed to have influenced his thinking and beliefs.

Raja Ram was an intellectual person who had a thorough knowledge of Upanishads and Vedas. He was a scholar in Arabic Sanskriti, Persian and Bengali languages. He also wrote  a book “Tuhfat al-muwahhidin”,  which was all about questioning for reason in religion and hypocrisy, He promoted to ask questions and oppose ritualism in his life.

During that time of Raja Ram, the position of women was not so good in the society. They did not have basic rights and a married woman’s life was very horrible and miserable. A widow was supposed to get “Sati” on the death of his husband. It means she was burnt alive on husband’s pyre.

Raja Ram Mohan Roy played a very crucial role to bring change in the thinking of the people and reformation of the society. He opposed “Sati” practice and fought to offer a respectable place to women in the society. He worked for equal rights for women and proposed to remarry and right to property.

In 1828, Raja Ram Mohan Roy founded the “Brahmo Samaj”, which is said to be one of the first Indian socio-religious reform movements.

Raja Ram Mohan Rai visited England as an ambassador of the Mughal king Akbar Shah II (father of Bahadur Shah) where he died of a disease on 26 September, 1833. He was awarded the title ‘Raja’ by Akbar II