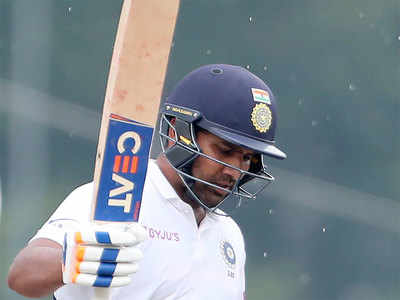 It is said that records are made to be broken. And who knows who breaks whose record!!

In the on going test series being held between India and South Africa, Rohit Sharma made a new record by breaking an old record.

Rohit Sharma broke the record of Shimron Hetmyers of making most sixes in any test series. Till now later had the record of 15 sixes in his name. He made that record by playing against Bangladesh in a test series in 2018/19.

Rohit also became the second Indian opener player to make three or more centuries in a test series. Sunil Gavaskar was the first Indian cricketer who had only done this in three different series.

Why don't you write your own article on Omilights, this is so simple so get started today..
Tags:cricket openers record, Rohit Sharma Record, RohitSharmaMostSixesinTestSeries