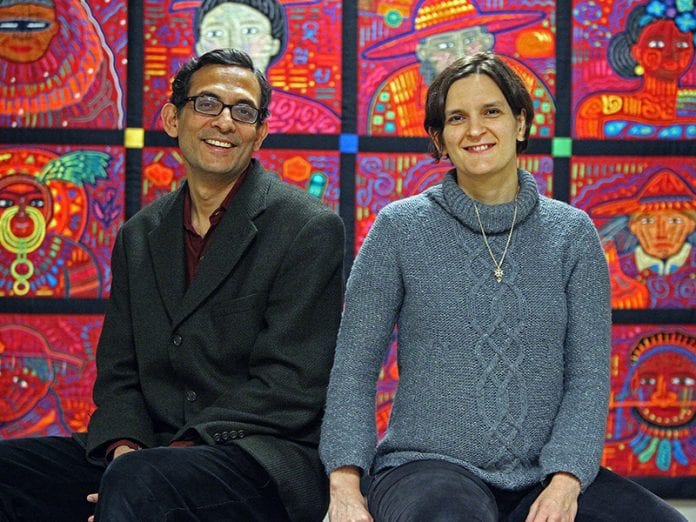 Abhijit Banerjee who is of Indian origin but staying in America is one of the three who won the 2019 Nobel Economics Prize on 14 October 2019.

Abhijit Banerjee shared this Nobel Prize with Esther Duflo and Michael Kremer “for their experimental approach to alleviating global poverty.”

Esther Duflo is the wife of Abhijit Banerjee while Michael Kremer is his colleague. It is worth mentioning that at the age of 46 years, Esther Duflo who is a Paris born has become the first woman to win the Nobel Prize. She also became the second woman after Elinor Ostrem to win the Nobel in economics.

The Nobel society released a statement in which they mentioned, “The research conducted by this year’s Laureates has considerably improved our ability to fight global poverty. In just two decades, their new experiment-based approach has transformed development economics, which is now a flourishing field of research.”

It’s really a matter of pride that one of the intellect from Indian origin has won this Nobel prize. Banerjee who is 58 years old was educated at the University of Calcutta, JawaharLal Nehru University. He received his Ph.D in 1988 from Harvard University.

Abhijit Banerjee is currently serving as the Ford Foundation International Professor of Economics at the Massachusetts Institute of Technology.

The nobel laureate Abhijit Banerjee had spent 10 days of his life while studying in Jawaharlal University behind the bars.

Abhijit was participating in a protest when he was a student of the university for which he had to send to Tihar Jail where he remained for 10 days. He was one of the JNU students who were protesting in the year 1983 and had sieged the Vice-Chancellor of the university in his house. The vice-chancellor had expelled the president of the student union. The students were arrested and beaten up by the police.

They were also charged for murder but those were later on dropped and they were released after spending 10 days in Tihar jail.