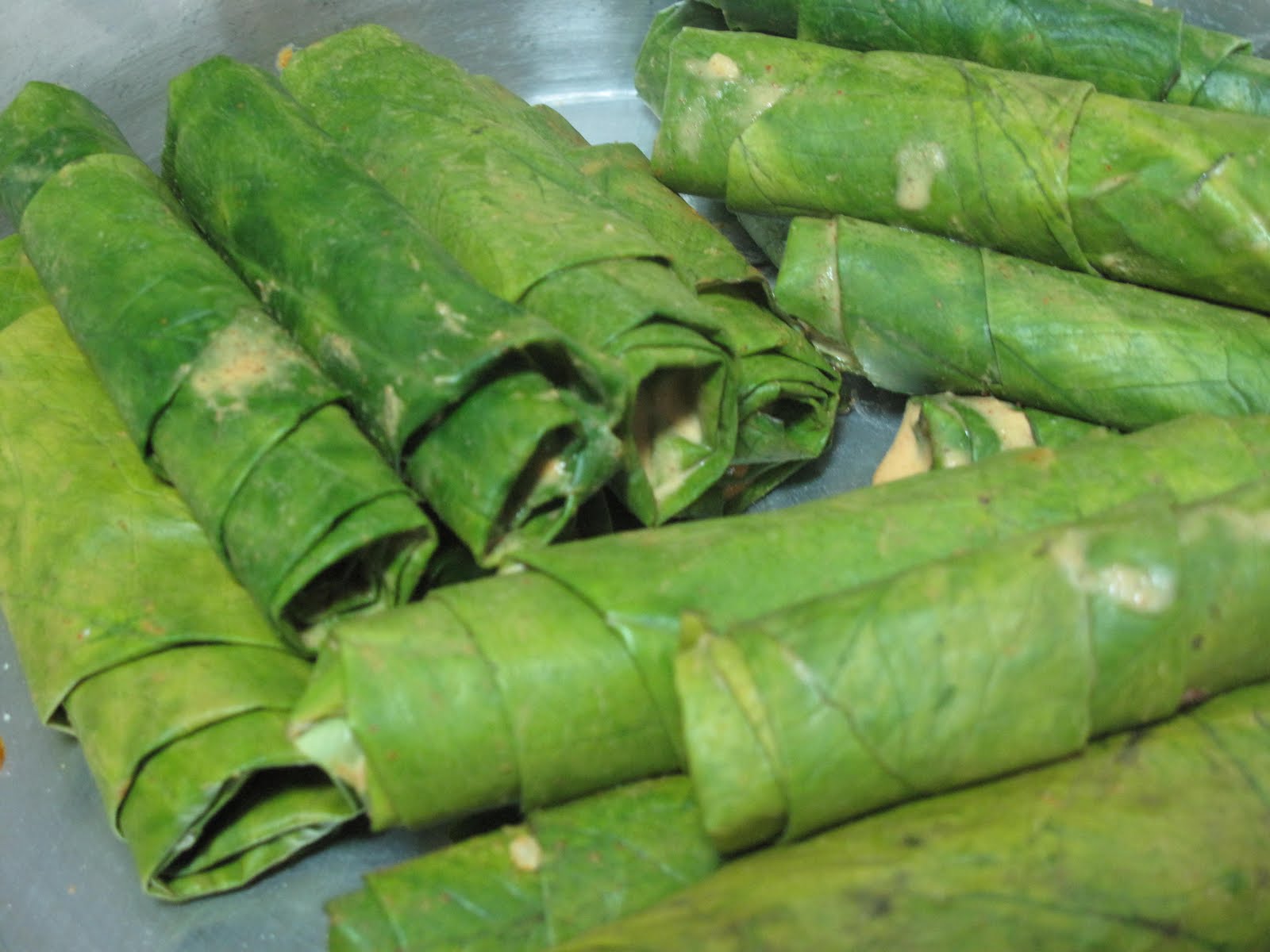 Pathrode or patrode is a very famous delicious snack of Himachal Pradesh. Pathrode are made from Arbi ke patte or Colocasia leaves. Arbi is also known as arvi, kachhu or kachalu in hindi and Colocasia (Colocasia esculenta), elephant ear or taro in English. It is also known as ghandyali in Himachali language. It is one of  the most ancient cultivated crops known in the world.

Various parts of Arbi plant of  are eaten by making different dishes. This recipe is prepared by using  besan (gram flour) and Colocasia  leaves. The leaves are wrapped around the mixture of besan and spices, made into tiny cylinders or rolls, steamed and cut into slices which can be deep or shallow fried.

People from western India make a similar dish called Patra. Pathrode or patrode is also familiar by the name of Patravadi,  Chembilai Palaharam or Patravade in southern part of the country where they use rice instead of besan. 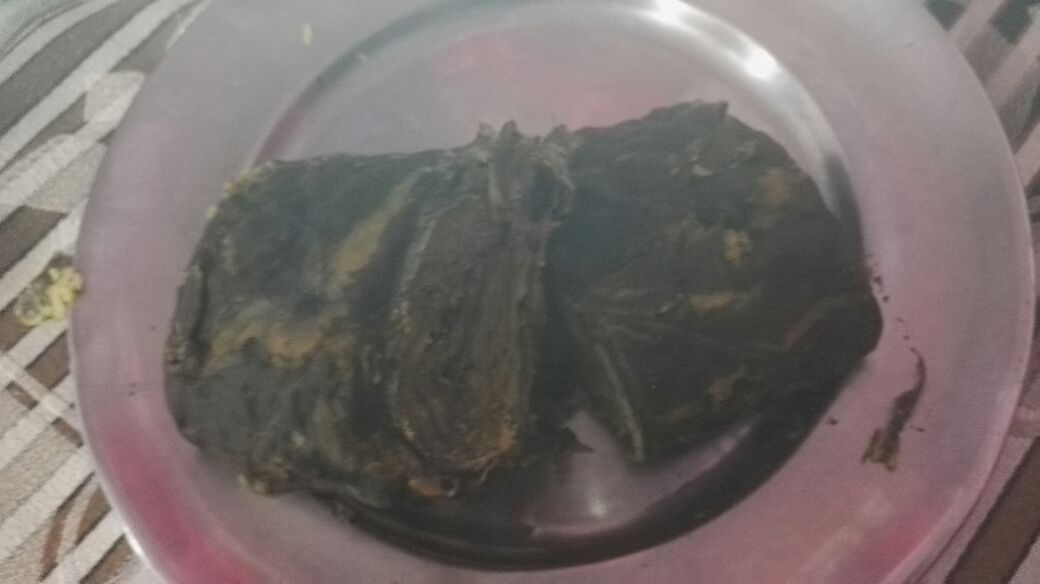 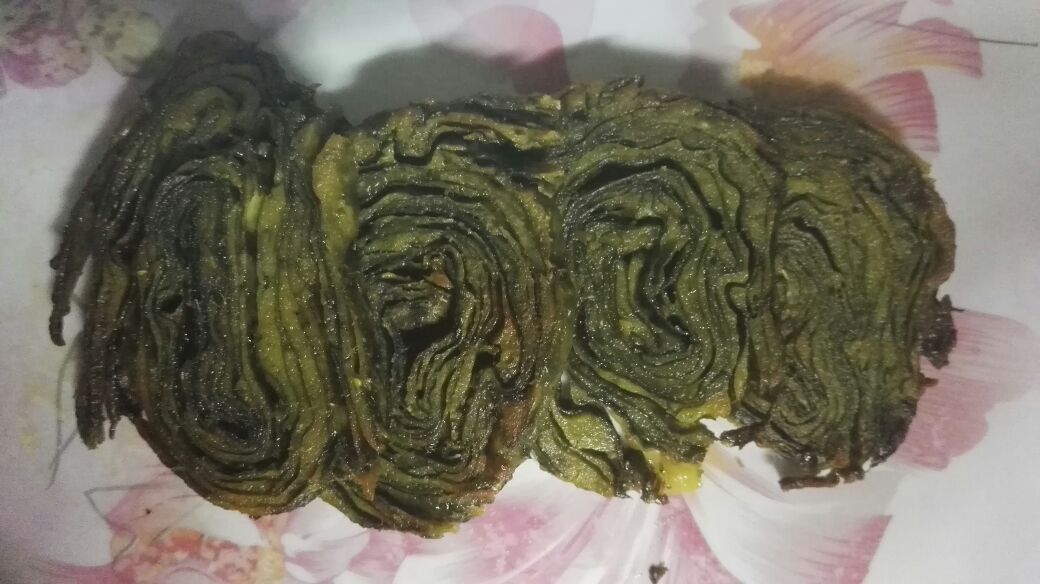 -Only few varieties of Colocasia leaves (Kachaloo) are considered as edible. Even edible varieties of leaves may cause itching  in mouth and throat if consumed a raw or half cooked.Unedible varieties may itch. Leaves contain calcium oxalate crystals and other compounds which cause irritation and itching that are rendered harmless by cooking and by keeping the leaves in cold water overnight and disposing of the water.

-Calcium oxalate is highly insoluble and  lead to formation of kidney  stones. It has been recommended to consume calcium-rich foods like milk together with Arbi.

– Instead of besan ,we can use 250 gms chana Dal soaked for four to five hours and grinded.

-If the leaves are not cooked properly, they might itch while eating. So do not compromise on cooking time.

-Instead of besan ,we can use 250 gms chana Dal soaked for four to five hours and grinded.

– You can  wrap Arbi rolls in turmeric leaves and the boil.Tumeric leaves, also are used extensively as aromatic herbs. Turmeric leaves are purported to improve digestion and reduce gas and bloating.

-You can cut rolls into slices as per requirement, keep rest in refrigerator which  can be used till three to four days.

Why don't you write your own article on Omilights, this is so simple so get started today..
Tags:arabi ke paton ki sabji, cooking, himachali dishes, Himachali Patrode or Pathrode, himachali recipes, recipe