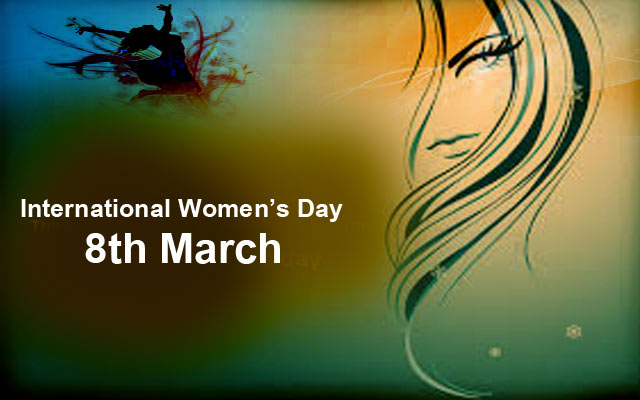 It’s really a matter of surprise and usually makes me to think, why the need arose to keep a day on the name of a woman to urge the world to please get rid her of discrimination and violence she is forced to face in workplace and her own home?

A woman who gives birth and is capable enough to look after her kids and families well…why feels helpless while taking a stand for her?

I personally believe, till the time society does not stop thinking woman as machine or a piece of decoration, no power of world can do anything to her. She is also a human being after all. If she spends all her life to prove others that she is capable of doing everything what a man can do or tries hard to manage her professional and personal life simultaneously, then tell us when she will enjoy her life. Why don’t we all support her and let her not to prove always, as proving happens when there is lack of belief.

And its not only the duty of a man, but the duty of a woman also towards another woman to help each other and respect in all manner. Discrimination is not always between different genders, but in the same genders also.

March 8, is celebrated every year as International Women’s Day. The day generates a feeling of respect, love, gratitude and appreciation for women. The day recognizes women’s  achievements in, political, social and economical field. Right before the  birth of a baby, a woman plays a very important role. Since ages, a woman is seen as a soft creature who gets hurt faster. But the mentality of people is changing and a woman has started taking charge of her family and her life.

In-fact a woman now does not wait for the opportunities rather believes in creating it or her. But in rural areas still the women are forced to face violence and exploitation and its really a matter of shame.

Please stand up and do something for bringing balance in society, and its not only the duty of a man but a woman’s too.

It was on February 28, 1909 when the Women’s Day observance was held first in New York.

Later on it was celebrated on different dates in different countries. On the occasion of International Women’s Day, a lot of events are held worldwide. In offices and schools or other public areas, Women- oriented activities are done. For example, in Taiwan, International Women’s Day is marked by the annual release of a government survey. The survey is done on women’s waist sizes as it then warns the hazards that it can cause to women’s health with the weight gain.

1909: It was held in United states on February 28, 1909 as mentioned above in honor of the garment workers strike in New York against working conditions.

1910: The proposal was accepted to celebrate International Women Day but the date was not fixed for the observance and was held in Copenghagen.

1911: As a result of Copenhagen meeting, Internal Women Day was marked for 19 March for the first time in Austria, Denmark, Switzerland and Germany. Millions of women and men attended rallies, to stop discrimination on the job, empowerment of women.

1917: During the war-time, women in Russia protested and chose to strike for “Bread and Peace” on the last Sunday in February. The day was actually 8 March as per the Gregorian calendar. The result of the protest was that the Czar was abdicted and the temporary government formed, granted the right to women to vote.

1975: It was decided by the United Nations, International Women’s Day to be celebrated on 8th March every year.

1995: 189 governments round the world, signed a historic road map in favour of woman and every girl rights and choices like participation in politics getting and education, no- violence and discrimination etc.