Navratri is one of the biggest auspicious Hindu festival celebrated by keeping fasts for nine days to honor Goddess Durga – the most powerful female god. The word Navratri is a union of two Sanskrit words, nav means new and ratri means night. The goddess of power, Durga is worshiped during these nine sacred days. Durga is an epitome of fear, motherly love, care and beauty. The full story of the incarnation of various manifestations of the Goddess is detailed in the Markandeya Purana.

Navratris are celebrated differently in different parts of India. In Gujarat it is celebrated with dandiya and dancing for nine days.

The goddess loves and takes care of its children who follow her and also those who do not believe in her. If you offer your prayers to her with clean and pure heart, she will be happy at you and remove all the black shadow of bad luck and failures from your life.

It is believed that whenever the tamasik, cruel people overpower the innocent people and trouble them; goddess takes incarnation in some form to reinstate Righteousness. This is believed that during the auspicious period, the goddess becomes a thousand times more powerful than she is any other day.

The importance of these nine days is mentioned in Hindus holy books also, like in tenth Mandal of the holy Rigveda, the sadhnas of Shakti are written in detail and also “Devi Sukta” and “Usha Sukta” is dedicated to the Sadhana of Shakti while in Samveda, “Ratri Sukta” reads all about Devi Shakti. 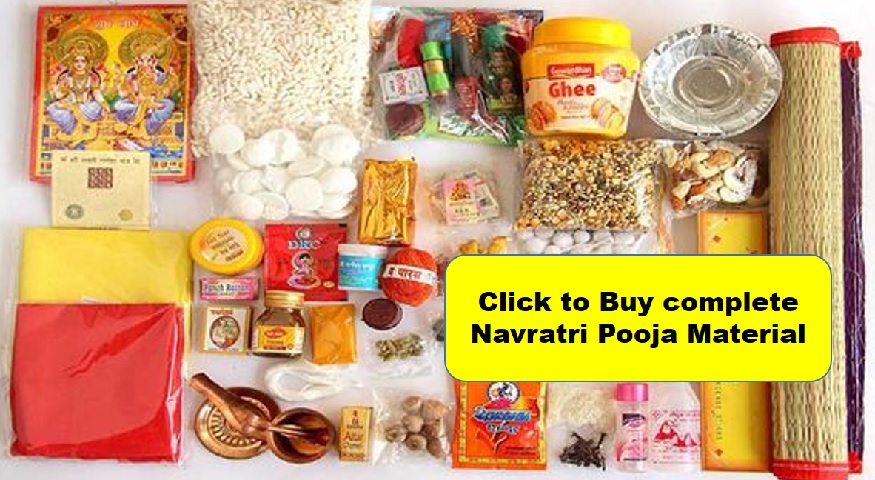 In the Markandey Purana, Rishi Markandey has told that it is Shailputri who was the first incarnation of Shakti, so she is worshiped on the very first day of navratris. The nine manifestations of goddess Durga worshiped during nine days, are Brahmcharñi, Chandraghanta, Kushmanda, Skandamata, Katyayani, Kalratri, Mahagauri and Siddhidatri, they are worshipped as “Nav-Durga”.

Since the Vedic Age of the Rishis, the devotional practices recommended during Navratri are primarily those of Gayatri Anushthana.

Why do we Worship the Mother Goddess in Navratris?

Many people think “Why mother is worshiped and not a father?”. Actually, Hinduism is the only religion in the world, which gives so much importance to the mother aspect of God because we believe that mother is the creative aspect of the absolute. We believe that the cosmic energy of god and his sensitive nature along with a powerful form of protecting kids, can best be depicted as the motherhood aspect of God.

Though Navratri lasts for nine consecutive days but every day has its own significance and different manifestation of Goddess Durga is worshiped accordingly.

How to Perform Navratri Puja?

What Foods we can have During Navratri?

Know why People don’t eat Onion and Garlic in Navratris

Why don't you write your own article on Omilights, this is so simple so get started today..
Tags:how to celebrate navratri, navratri celebration, navratri news, navratri rituals