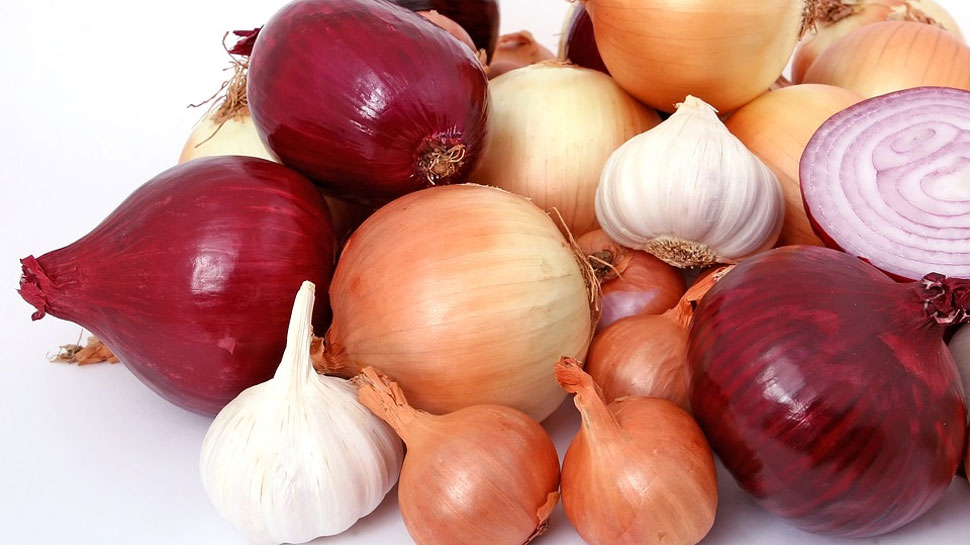 Why onion or garlic are not eaten in navratris?

There is a very old mythological story related to why food made with onion and garlic is prohibited during navratris.

Once during churning of sea(amrit manthan), many things were found deep inside the sea which were coming out of it one by one. Fair distribution was being done among different god and demons.

When it was the time of “Honeydew(amrit)” when the amrit came out, both demon and god wanted to have their share of the amrit. But some how demons succeeded in taking the sudha with them and they ran away. By drinking Amrit or Sudha anyone can become immortal and never die.

But this was not an easy task as demons were very shrewd. So, lord Vishnu assured the gods and had to take the form of a beautiful young girl ‘Mohini’; a beautiful attractive girl. Mohini went to the demons and tried to attract them with her beauty. She was so beautiful, that the demons followed her wherever she took them with her.
https://www.omilights.com/how-to-please-goddess-in-these-navratri/

By the magic of her beauty, she brought the gods and demons together and asked them to sit in two different rows. She convinced the demons that she would do the fair sharing of the amrit among all.

She started distributing amrit and began from the gods side first. But there was a demon “Rahu”, who got doubt on the intention of Mohini, so he quietly raised and sit in the row of gods in a disguised form. Lord Vishnu could not identify the demon and gave him also a bit. But immediately Sun and Moon recognized him who were also sitting in the same row.

Since Rahu had already tasted the amrit so the lord Vishnu had to use his sudarshan chakra to cut the head of Rahu. The moment his head was cut, his blood drops fell on the floor. These drops are said to be resulting into onion and garlic.

Since onion and garlic are said to be made of amrit also that Rahu had already tasted, so they are supposed to cure diseases also. It is a belief that eating these food items can make body strong like demons. They are counted as life giving food elements.

But as they were made up of the demon Rahu’s blood, so have devil properties also. It also gives birth to traits like anger, violence, and sins. This is the reason why onion and garlic are not used for religious activities and prohibited from offerings.

Why don't you write your own article on Omilights, this is so simple so get started today..
Tags:can we eat onions or garlic in navratris, food with onion in navratris