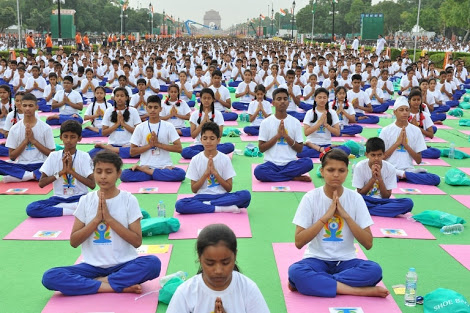 Yoga literally means to ‘yoke’ or to be in union. 21 June is celebrated as International Yoga Day all over the world, since it’s inception in 2015. Yoga is an ancient  heritage of Indian culture.

The idea of International Day of Yoga was first proposed by the current Prime Minister of India, Sh. Narendra Modi during his speech at the UNGA, on 27 September 2014. Most people think that yoga is all about yoga asana (the posture) and physical well-being, but the benefits of yoga are deeply seated to upliftment of an individual at social, mental, emotional and spiritual levels.

Why don't you write your own article on Omilights, this is so simple so get started today..
Tags:21 june, ancient India yoga, connecting people, health awareness in people, India, International Yoga Day, Yoga Day