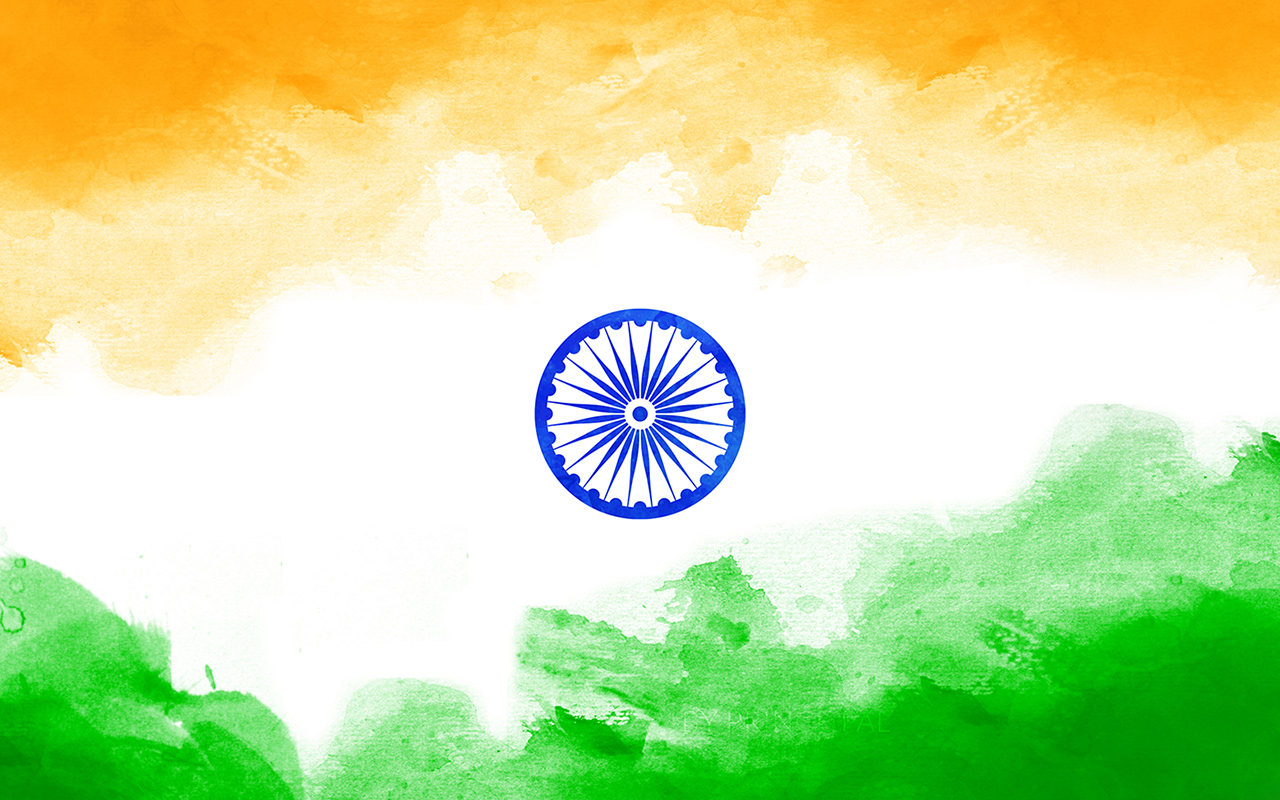 What is the significance of a National Flag for a country?

Every country owns a national flag which is also its pride. Any nation is represented by its national flag. The flag is a symbol of pride, dignity, honor, ideology and recognition of a nation. For few a flag may be a piece of cloth, few meters in dimension, of different shapes, sizes, colors or designs, but the underlying fact is that it has the innate ability to connect whole nation in one bond – the bond of love and pride for the motherland which signifies moral values of any nation.

No one can deny that no matter which country we are now but the mere sight of our national flag makes us connected to the soil of our country. This is the charm of a national flag.

Every country has its own protocol for flag hoisting and manufacturing. India also has its own flag code which is called “Flag Code of India“.

Before 2002, it was forbidden to hoist flag by a  common man. Industrialist Naveen Jindal filed a case claiming that flag hoisting should be a fundamental right of every Indian citizen. Undeterred by directions to remove the National Flag from his factory premises, Jindal fought a 7-year long legal battle and finally emerged victorious in 2002.

How can I buy Indian Flag Tiranga online?

It is very important to take care of the flag and follow certain guidelines to keep it safe. You can buy online flags also for your office and school functions. Many people keep their flags at home and place them.

The bench headed by Chief Justice V N Khare said that under Article 19(1)  “A right to fly the national flag freely with respect and dignity is a fundamental right of a citizen within the meaning of Article 19(1) (a) of the Constitution of India, being an expression and manifestation of his allegiance and feelings and sentiments of pride for the nation”.

However, whosoever, private educational institutes, the central and state government their agencies and organisation. The Indian national flag should always occupy a position of honour and should be distinctly placed in any setting.

Why there are 3 different colors in ‘Tiranga’

The national flag of India is also called “Tiranga” because of the three colors it has.

The significance of the colors and the chakra in the National Flag was amply described by Dr S. Radhakrishnan in the Constituent Assembly which unanimously adopted the National Flag. He explained:

Ashoka Wheel in the Tiranga

The Ashoka wheel in the center of the white band of Tiranga is the wheel of the law of dharma. which also denotes motion. The blue chakra with 24 spikes shows 24 hours a day. There is death in stagnation and life in movement. India should no more resist change, it must move and go forward. The wheel represents the dynamism of a peaceful change.”Size and Shape of Our National Flag, “Tiranga”

You know why the Ashoka chakra is blue in color?

The Ashoka chakra in the middle of the National Flag ‘Tiranga’ is of navy blue color which represents the color of sky and ocean . As mentioned above,  all 24 spokes of the Chakra represents the wheel of Dharma or the life principles.

The national flag of India is of the rectangular shape of exact proportions. The standard sizes of the National Flag, “Tiranga” are as follows:

What is the Proportion and Size of Indian Flag?

Indian Flag is designed in the proportion of 3:2. Few of the recommended Flag dimensions in mm are:

Which material is used to make Indian Flag?

Different materials can be used as a fabric to make a flag but the best suitable material is Polyester. It is the most long-lasting material that is best suited for outdoor uses. It posses higher outdoor lifespan owing to its more resistance to the external disturbing factors like wind. So, a flag made up of Polyester can be easily hoisted under extreme weather conditions.

The Indian flag is made up cotton, silk or special khaki material.

Karnataka Khadi Gramodyoga Samyukta Sangha (KKGSS) is the only authorised manufacturing unit in Bangalore, India that manufactures and supplies the National Flags of India.

The Khadi and Village Industries Commission has certified KKGSS above as the only manufacturer and supplier unit of the Indian flags to the entire country. It has around 100 specialists in weaving and the same number of specialists in spinning who work hard in making the flags. 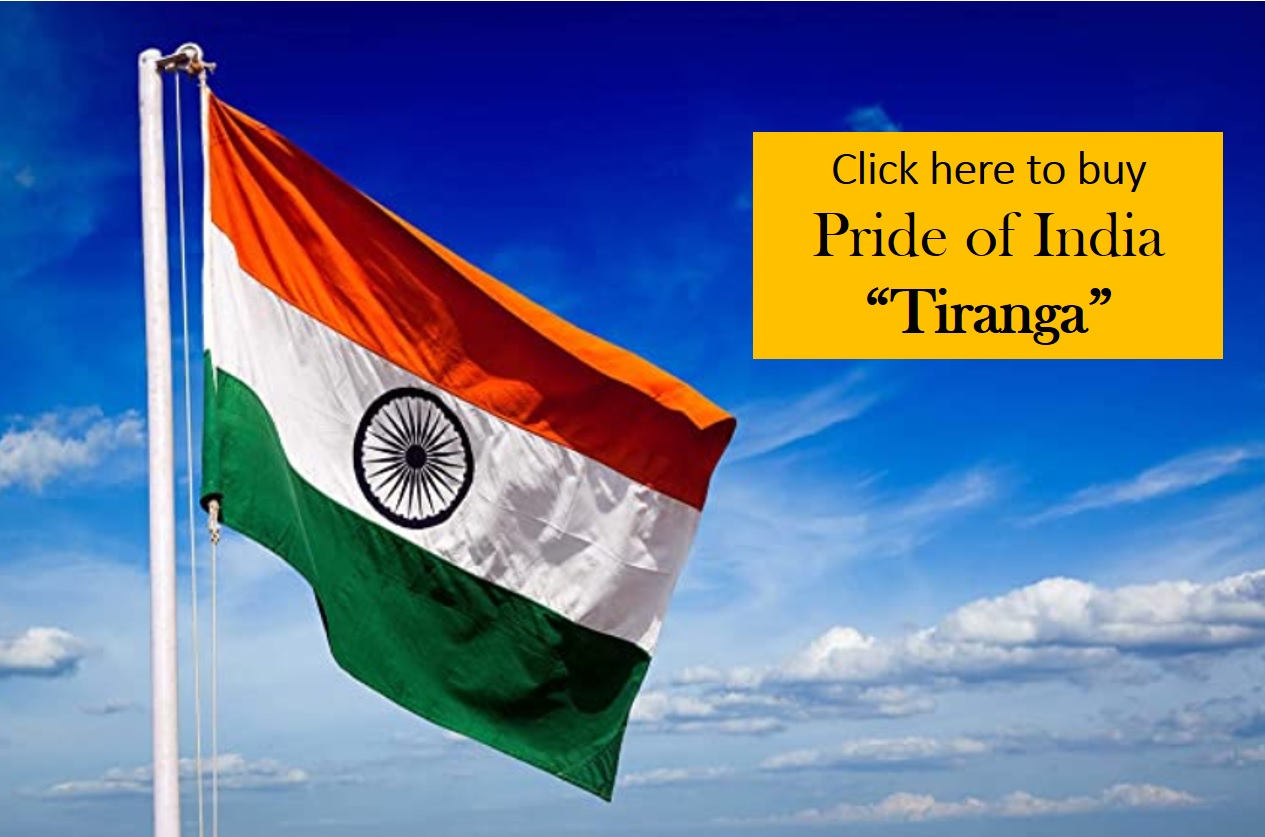 There are few standards for size and dimensions set up by the Bureau of Indian Standards(BIS).

There is one unit of KKGSS’s in Bagalkot that supplies material for making a flag. After getting the material, it passes through the process of dying in three colours. Three different lots of clothes are coloured with the standard three colours of our Tiranga. The blue chakkra with 24 spokes is printed on the white cloth.

After dyeing, the three pieces of the dyed colours are cut in the desired sizes. They are stitched together.

Sewing machines are imported from Japan to carry out the whole procedure of manufacturing flag. The blue chakkra is printed on both the sides of the flags with high precision as they should be looking overlapping each other one on another.

The ratio of 3:2 is maintained in making a flag. The flags manufactured are inspected by BIS and if a slight issue is also noticed, the whole lot gets rejected.

What is the procedure of making “Tiranga”

Is there any code of conduct for National Flag

The Home Ministry of India issues orders to follow Indian Flag Act 2002 with strictness. There are few codes of conducts to be followed for the use of the national flag in India. It is a set of laws and the practices to be followed that should be applied to the use and display of the flag.

Why don't you write your own article on Omilights, this is so simple so get started today..
Tags:cide of conduct for using national flag, khadi indian flag online, national flag, Pride of India, Tiranga, where can i buy indian tiranga online, who makes tiranga in India, Why Ashok chakra is blue, why tiranga is of three colors