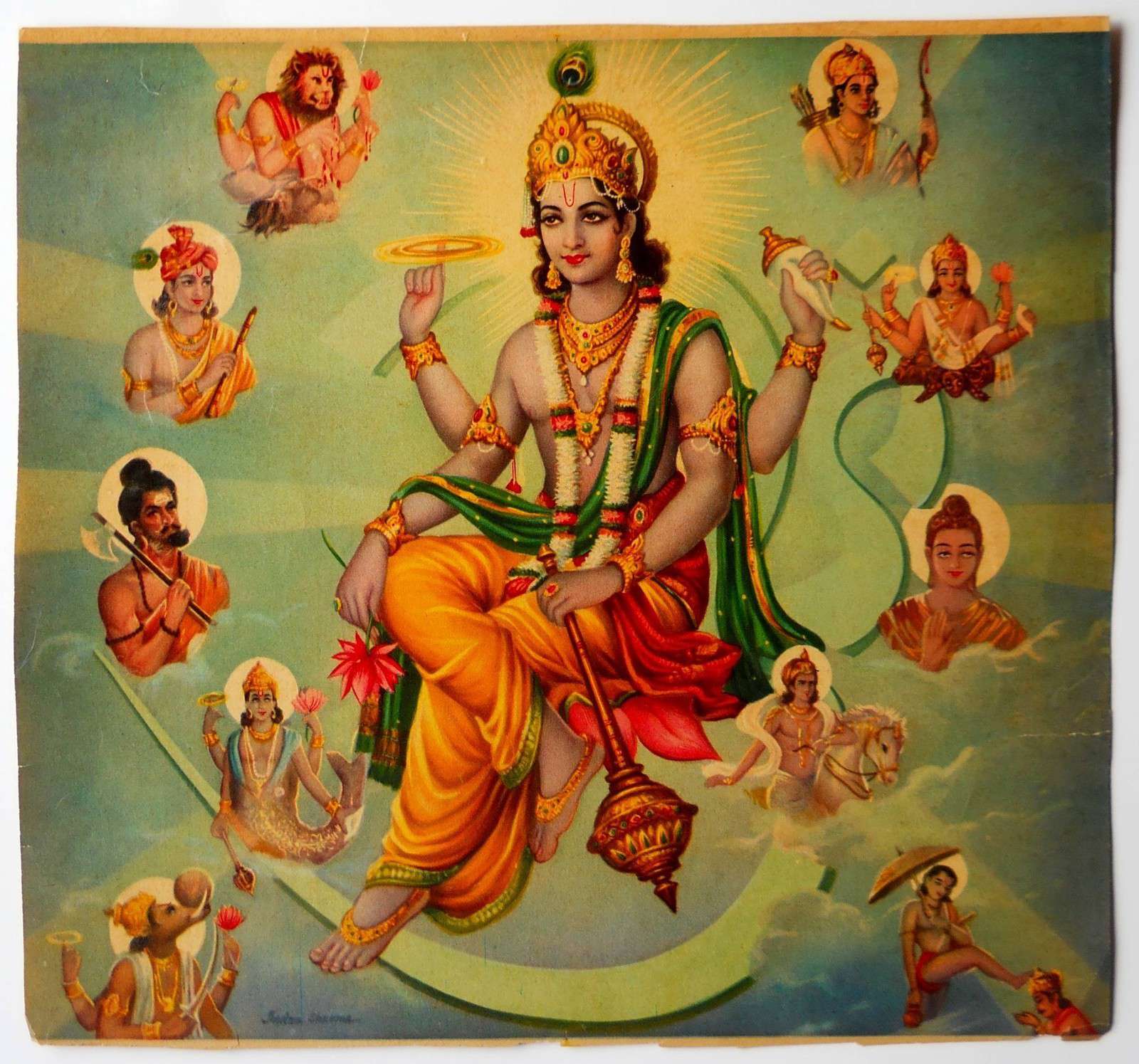 Lord Vishnu is the Hindu god who has taken different incarnation in different Yugas for the betterment of mankind. These various Incarnations that lord Vishnu took are called avatars. Lord Vishnu manifested ten incarnations on earth to vandalise unrighteousness and evils, to restore the Dharma and peace.